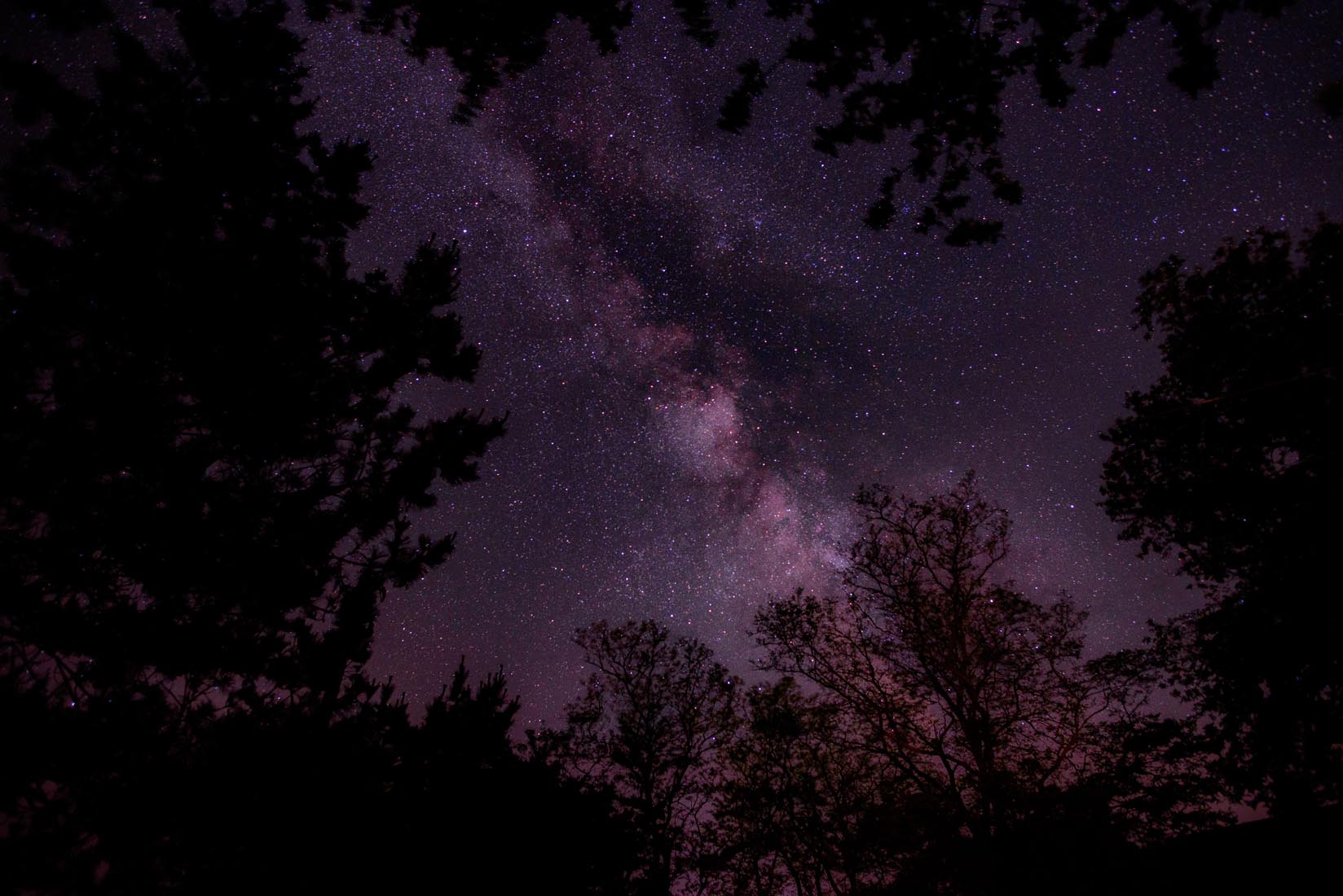 A nother major update has made its way to ScorePal. Now you can customize every play of any game easier then ever. Until this update, if you wanted to add any scoring rounds to a play, you had to modify the game’s template directly. Because of this, all future plays of that game were impacted by the changes you made. Things were even worse when you wanted to play a game with an unknown number of rounds. Users generally defined a high number of rounds (more then they needed) and would only use part of them.

Now, you can simply add one or more rounds on the fly without touching the game’s template. To support this, every play will start with a fresh clone of the game’s defined template, and have the ability to be independently customized. For all diagram lovers here are 2 images explaining the difference in data struncture 😀 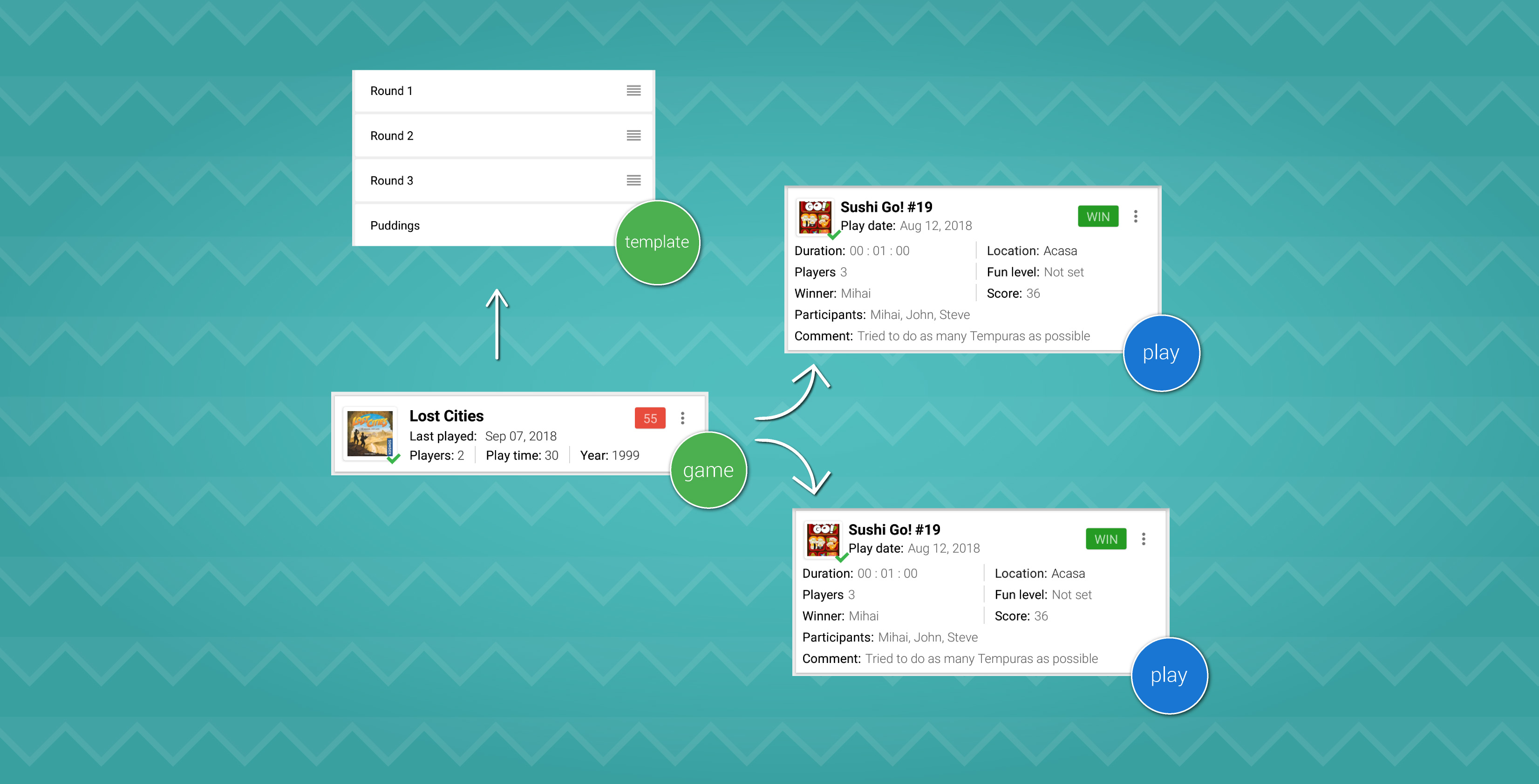 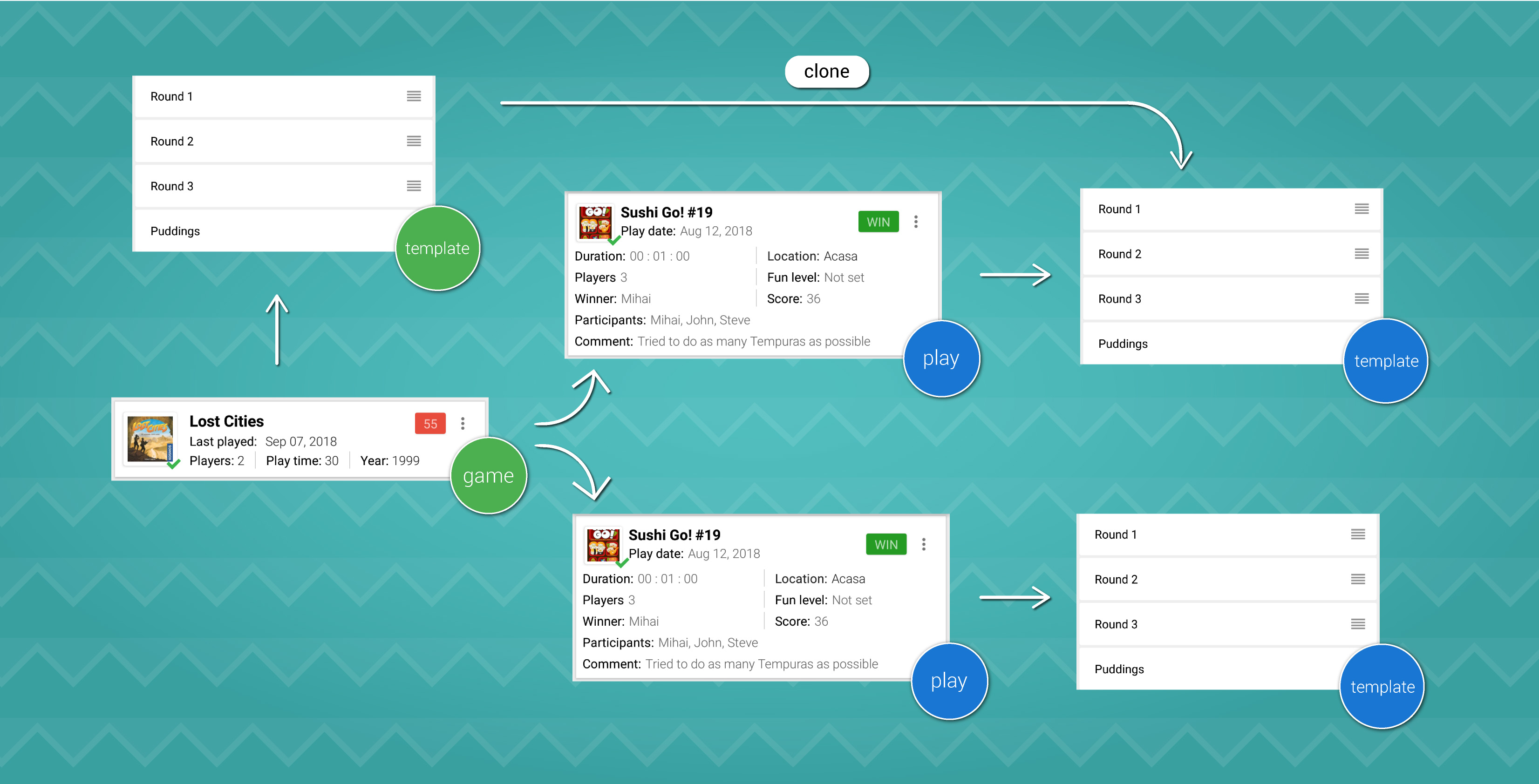 I also added an icon inside Games and Plays list to show you the BGG sync status, which can have one of the values “SYNCED” or “NOT SYNCED”. The status is available only if you have a BGG account associated.

The plays list got a little better as well with the addition of the SPECTATING badge. This gets showed when the default player isn’t participating in a specific play.